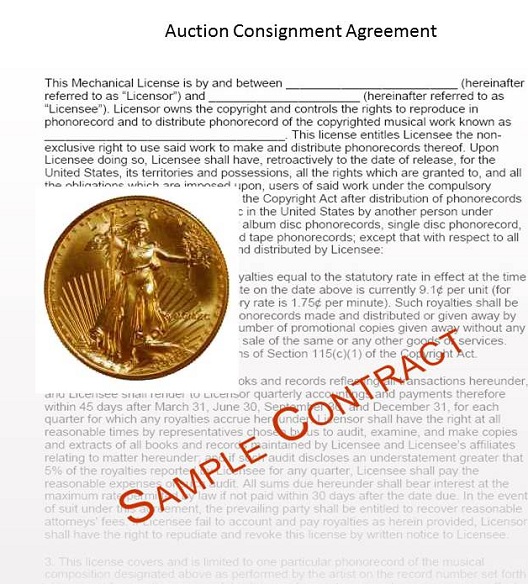 One of our top-ranked auctioneers recently held a session on Proxibid, offering coins slabbed by ICG–a good, but not the best–holdering company. Reserves were set at PCGS levels. We knew the result. Those coins were not going to sell and auctioneer Darren Meares was going to have to foot the bill.

In this case, we’ll let email correspondence speak for itself:

Just a note for your consignor with high reserves on ICG coins. Typically, ICG coins grade down two notches, sometimes one, rarely crossover, with PCGS. The result of the reserves is I stopped bidding. Cases in point: On your mercury dimes graded ms67FB, I bid $35 and did not meet the reserve. Bidders do take chances on ICG coins. But here’s the reality: an MS66 or MS66FB ranges from $25-35. So bidders like me look at the coins and decide the chances of crossover. This, for example, is a horrendous ICG coin. The reverse looks stained:

I am in agreement… that is one reason I put the disclaimer on the lot prior to all of the graded coins. He is one of our larger consignors and I have done my best to tell him about buying from these non-traditional grading companies. I will be dropping the reserves on these lots – I do hate reserves, but sometimes you get stuck with them to keep consignors.

PROXIBLOG: MAY 1, 8:45 a.m. I admire the note you put on your auction yesterday about top holdering companies. I also see that your consignor had 37 passed and about 10 sold. I know how hard auctioneers like you work on behalf of your consignors. Your consignor in this case is a fortunate man.

MEARES, MAY 1, 8:57 a.m.: I am rewriting my terms for consignors in the next few weeks. One of the main points is no reserves on coins from ‘other than major graders’. They will all be sold to the highest bidder. … I’m thinking of also adding a no-sale fee for the ones that do have reserves attached.

We concur. Consignors who insist on high reserves should be held via contract to pay fees for items that do not sell. As Darron puts it, “It takes the same amount of time and effort to sell a coin as it does to try and meet a reserve price.”

We think an 8% of value fee is fair for lots with reserves that do not sell.

What do you think?