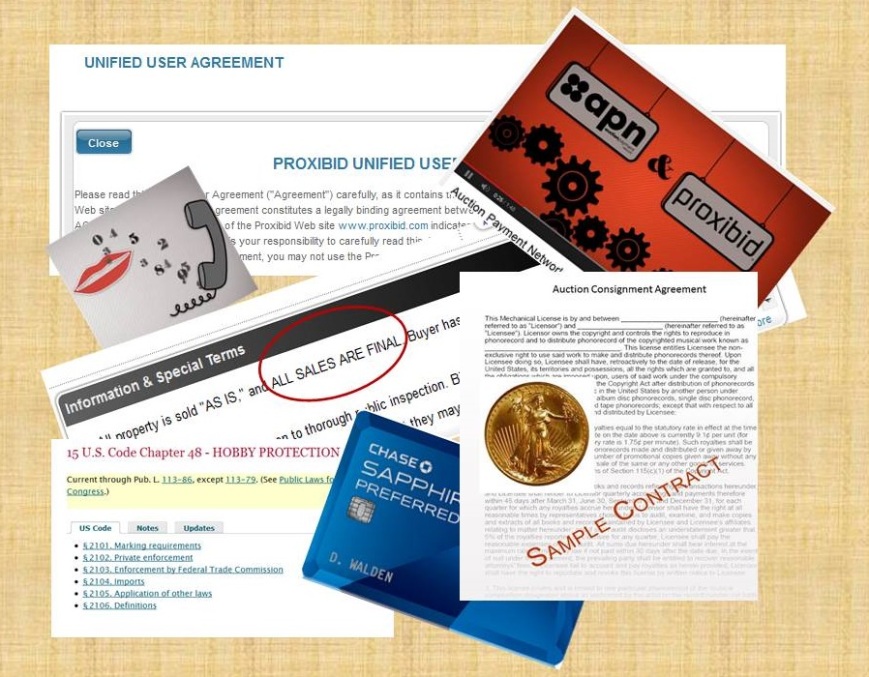 Sellers on eBay are more astute than auctioneers on Proxibid when it comes terms of service, primarily because eBayers want good feedback on their sales. We applaud Proxibid for its decision to begin rating sellers. The portal will release those data later in the year. However, more work needs to be done so that bidders understand which service terms apply, especially in disputes.

You’ll be startled as to how many service terms go into affect the moment you place a bid on a coin. Here is a typical service term from one of Proxibid’s sellers:

All property is sold “AS IS,” and ALL SALES ARE FINAL. Buyer has no right of return after an item has been declared “sold.”

This particular seller is typical of Proxibid newbies that seem to be signed up by the sales team and then left to their own devices until someone complains to quality control, which is why Proxiblog.org was inaugurated four years ago to uphold numismatic standards on the portal. When Proxiblog began posting, Proxibid had to be convinced that there was something called The Hobby Protection Act and that auctioneers could not sell counterfeit coins as genuine.

To the company’s credit, its Unified User Agreement now upholds numismatic standards when it comes to counterfeits. Some excerpts:

5. Default Event Terms. 16. If, within a reasonable amount of time, Buyer gives notice in writing to Seller that the lot so sold is a counterfeit and after such notice the Buyer returns the lot to Seller in the same condition as when sold, and establishes to the satisfaction of Seller that the returned lot is in fact a counterfeit, Seller as agent for the consignor will rescind the sale and refund the purchase price.

Another section of Proxibid’s service terms (6.3 Dispute Resolution) notes that if a seller loses a claim “because the item sold is counterfeit, Seller will be required to provide a full refund to the Buyer. Seller liability will include the full purchase price of the item and original shipping cost (and in some cases, Seller may not receive the item back).”

It has been an educational experience between Proxibid and Proxiblog. Proxibid can be one of the best venues to find coins, especially raw ones, from Internet-savvy sellers (most of them eBayers or guild-member coin dealers). A few bonafide auctioneers stand out, including Leonard Auction, Meares Auction, Weaver Auction, Western Auction and others. Visit Proxiblog and see favorite sellers in the right sidebar.

We have bid on, won and returned a half dozen counterfeit coins on Proxibid. In no case did the seller insist that “all sales are final.”

Here is an example: 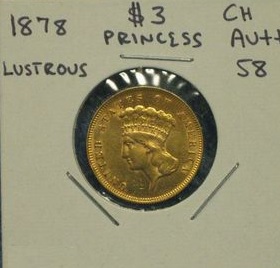 This was deemed a fake probably made in Lebanon in the 1970s. It was detected using John Dannreuther’s Official Guide to Coin Grading and Counterfeit Detection.

But service terms do not end there for the online coin bidder or buyer. There are PayPal and credit card service terms, too, and they also involve security or other legal matters. …