We continue to see grossly inflated values and mint-state conditions on Proxibid. Here is lot after lot described as mint state 68, virtually unheard of in Morgan coin collecting, especially on the portal. In fact we cannot remember one such coin offered by a Proxibid house slabbed by PCGS or NGC in the past four years. (Click to expand photo.)

We don’t know who, if anyone, is fooled by lot descriptions like the ones above. But we did a little research for you on each individual lot, noting the extreme rarity of MS68 Morgans–let alone five in a row in an unreserved auction.

The coins in this lot appear to be dipped and/or low mint state. But it is difficult to tell because the photos aren’t razor-sharp as they must be before we recommend bidding.

The excuse for inflated descriptions, of course, is that grading is subjective. Maybe so. But not when buyers consult guidebooks that show MS68 coins worth thousands of dollars. The best practice is to be true to grading standards as set by the American Numismatic Association.

However, the next time you see an MS68 Morgan on Proxibid, compare it to this true super gem below: 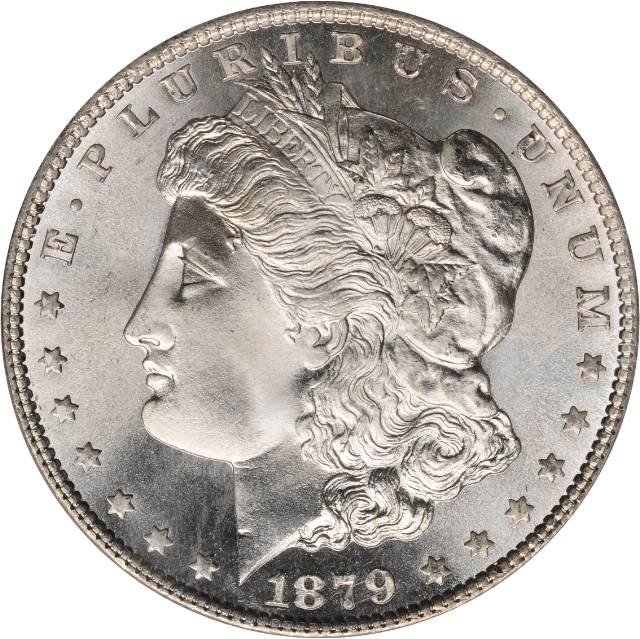 This Morgan dollar is virtually flawless with clean fields and cheek with an unbelievably strong strike. This silver lot is worth more than its weight in gold. The ones in the Proxibid examples above are worth little more perhaps than their silver melt.