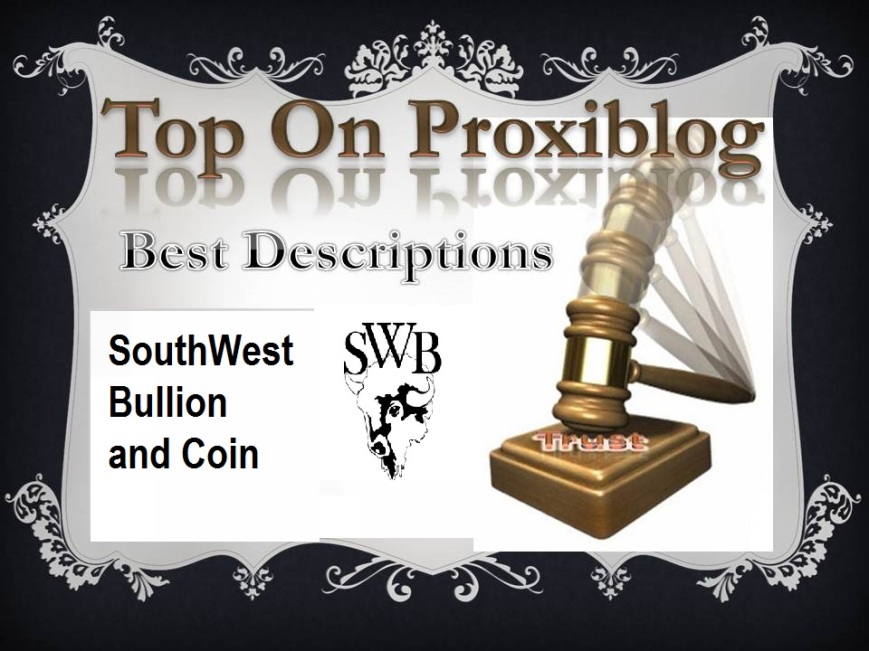 Southwest Bullion and Coin, operated by Justin Quinn–a top-ranked house through much of 2013 on Proxiblog–has won the category of “Best Descriptions,” based on numismatic knowledge–especially the ability to identify flaws and rarities in consignments and to honor basic ethical tenets with regard to value.

As was the case last year, this was a hotly contested competition, as you will see in the Honorable Mentions category, with seven houses also cited for best practices in descriptions. Capitol Coin Auction won this category last year and was a very close contender again this year mainly because of the grading prowess of Auctioneer Brian Lisembee. SilverTowne Auction, a previous winner, also was a strong contender.

Click and expand the picture below to see how Justin Quinn describes value in this ANACS-graded coin.

As noted previously, several Honorable Mention houses came close to winning this year. SilverTowne’s Dave Nauert and Rick Howard continue with succinct and accurate descriptions of flaws as well as highlights for each coin. John Leonard of Leonard Auction is a conservative and respected numismatist; Dave Weaver of Weaver Auction is combining better photos with accurate descriptions; and Jim Haver of Star Coin and Currency does similarly with weekly auctions.

Finally, Dave Bluestein is so skilled in descriptions that he co-hosts a radio show “In the Money” in San Antonio.

Accurate numismatic descriptions are mandatory in Proxibid auctions because online viewers cannot always discern flaws in coins. These houses are aware of that and go the extra mile because the pay-off is return customers.