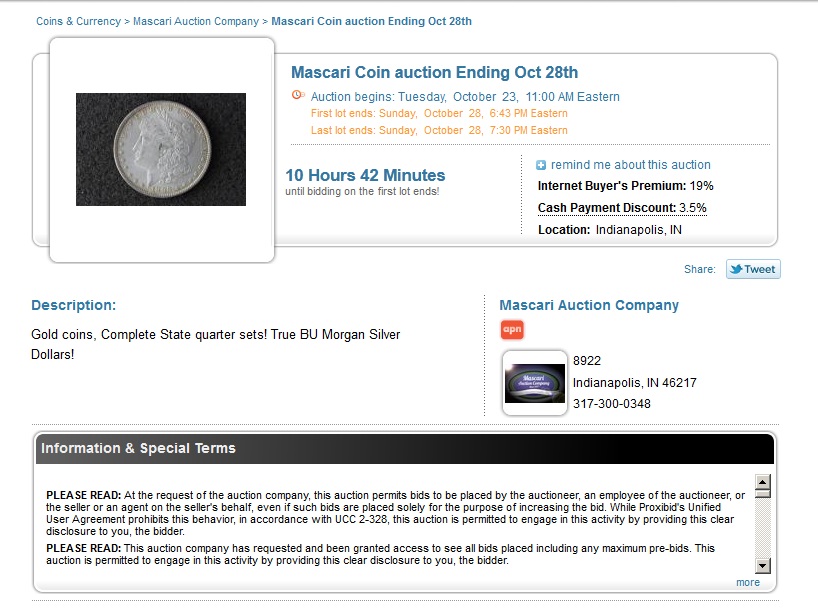 We will run occasional grading checks on Proxibid auctions so you can see how we bid based on condition. These coins are from Mascari Auction Company’s October timed sessions. We grade on PCGS standards as found on Photograde, admittedly more conservative than grading of most auctioneers but still the standard in numismatics. Click pictures below to expand.

We call a coin:

“Gem Uncirculated” if will grade at NGC or PCGS at the MS65 or higher level. We agree with this grade; however, because Mascari photos do not capture luster–a common problem on Proxibid (which we don’t understand–see this article on sharp photos taken with an inexpensive cell phone)–we will not bid on this coin. 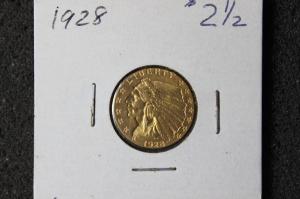 “Choice Uncirculated” if will grade at NGC or PCGS at the MS63-64 level. Mascari calls this 60+. We agree with the grade but not with the designation as this coin appears to have a staple scratch descending from the chin to the left of the date. Also, the top feathers appear to have cabinet rub or cleaning. We will not bid. 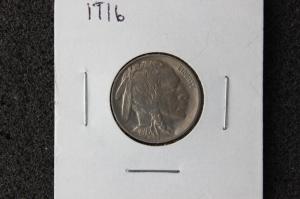 “MINT STATE or UNCIRCULATED” if it would grade MS60-63. This looks like a slider to us. If the photo showed the level of luster, we would bid, because an AU58 1916 nickel is somewhat scarce. 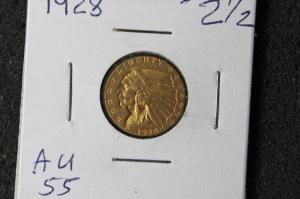 “Almost Uncirculated” if it would grade AU50-58. We agree with this grade, but will not bid because the coin has a dull sheen–rare for gold–indicating it may be cleaned. Again, Mascari’s photos cannot help us here as they do not show luster. 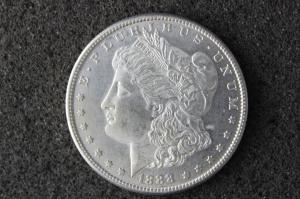 “Proof-like” if it shows a mirror sheen that can reflect 3 or more inches on both sides of a coin. We agree with the grade; we cannot see any mirror effect due to the quality of photo. We will not bid. 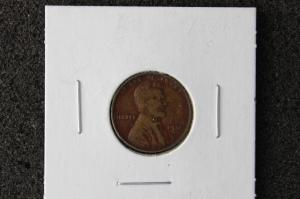 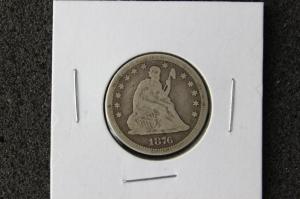 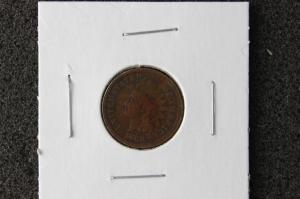 “Very Good” if it will grade VG6-8. We agree with this grade. 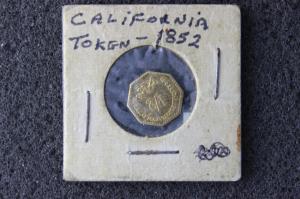 “California Fractional Gold” if it has a 1, 1/2, 1/4 dollar designation or some other qualifying device, but never a bear. This is a brass replica banned on eBay but not Proxibid. Some auctioneers believe if they use the word “token” they are on solid grounds. We have seen this inaccurate designation used across the Proxibid portal. For more on this topic, click here.

Generally, in our subjective but nonetheless expert opinion, we feel Mascari Auction Company grades fairly accurately on the Sheldon numerical scale. However, it does not generally designate borderline problems such as faint scratches, hairlines or dipping, and its photography is substandard, able to show condition but not luster. We do bid on Mascari coins, almost all of them slabbed by PCGS, NGC or ANACS, because the company does offer a good selection. However, it also has way too many factors in its favor: photos that do not show luster, a 19% buyer’s premium, and disclosures that allow it to see maximum bids and ghost-bid. Thus, it is very difficult here to find bargains unless you know numismatics and/or are willing to take a chance on inability to view luster. We encourage Mascari to upgrade its photography; if we can show luster with a cell phone picture, the company can do it, too.

As noted, grading is in part subjective, and is difficult to do via online photographs. Our designations are based on how we bid and why. Thus, the overall grade on Mascari Auction grading based on our criteria: B-.