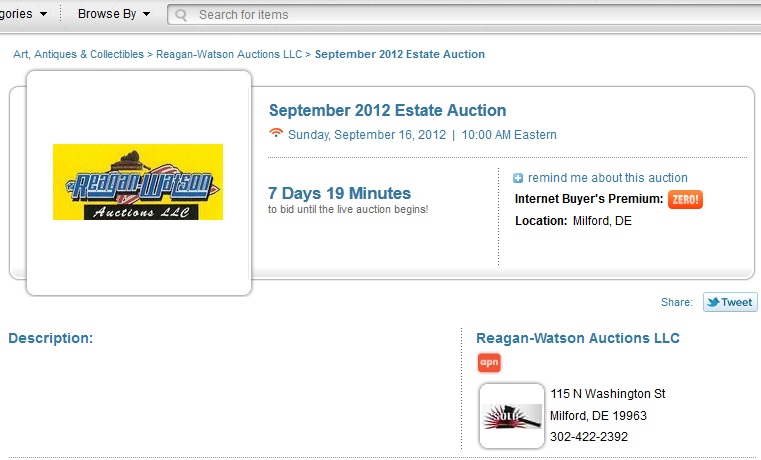 We’re seeing more newcomers to Proxibid going below the previously low BP of 10% by such auction houses as Western (which once hosted ZERO percent auctions in 2010).

All three do not see maximum bids, have APN clearance, good photos and lot descriptions, plus reasonable shipping.